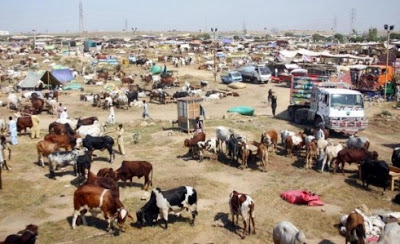 In a report released on Thursday, September 12th The Internal Displacement Monitoring Centre had it that criminal violence in North-West Nigeria as well as farmer-herder clashes in the Middle Belt region, displaced more persons than Boko Haram insurgency did in the first half of 2019.

According to the report recieved, 140,000 persons were forced to leave their homes between January and June.

The report explains that:

“criminal violence in North-West Nigeria and clashes between herders and farmers in the Middle Belt region forced more people to flee than the Boko Haram insurgency.”

Across the globe, 10.8million people were displaced by storms, flood and conflict while 3.8million of that figure was down to conflicts.

It was furthermore understood that climate change-powered natural disasters drove 7million people out of their homes.

“These figures are alarmingly high, particularly as we are only half way through the year.

They show that the causes of conflict and inequality are not being addressed, and that displacement is creating cyclical patterns of crisis and vulnerability,” Alexandra Bilak, IDMC’s director said in a statement.

How can these issue be stopped or minimized?. Your contribution is required!!!