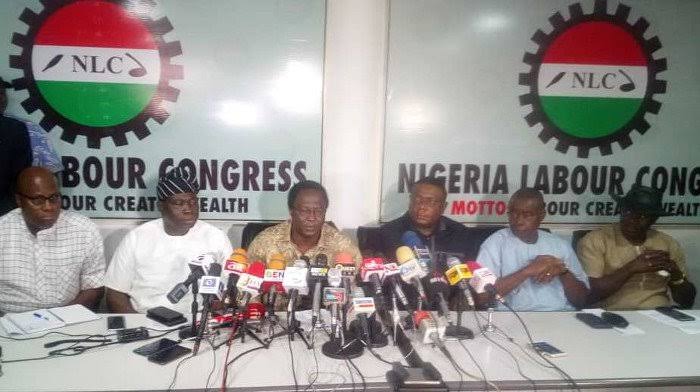 The technical committee established to work on the consequential adjustment arising from the N30,000 new national minimum wage has again failed to reach an agreement after the representatives of the Federal Government and labour rejected the proposed percentage increases in their meeting on Thursday.

This came despite President Muhammadu Buhari’s promise that the Federal Government was committed to the implementation of the new minimum wage while asking state governments to do the same.

Thursday’s meeting ended in a deadlock after government representatives told the committee that whatever adjustment arrived at must be in line with the N168bn provided for the adjustment in the 2019 budget.

The source added that while labour also proposed 25 per cent additional increase for officers on grade levels 15 to 17, the Federal Government was only ready to offer five per cent.

He said, “What we are pushing for is that government should adjust the minimum wage of those who are already on level one to level six to reflect the new minimum wage. Then officers on level seven to 14 should be given an additional 30 per cent of their salaries. We are also pushing that those on level 15 to level 17 should be given 25 per cent of their salaries. That will be fair enough to all and that is what we are proposing.

“But government does not want to do that, technically, and that is what they are standing on.

“Government is saying that from level seven to level 14, only nine and a half per cent of their salaries will be added while only five per cent increase in salary will be offered officers on levels 15 to 17.”

The source said the meeting ended in a deadlock after both parties refused to shift grounds on their positions.

He said government, by its present position, was working contrary to the terms of reference.

He added, “What really happened after that was that the meeting ended in a deadlock. The term of reference even to the technical committee was to go and work the consequential adjustment based on the economic reality of today. But when the meeting got to a stage, government said the adjustment would be based on the provision for the adjustment made in the 2019 budget.

“The scenario is that government is working towards a certain fixed amount and we are expected to be bound by it. What is in the budget for the minimum wage adjustment is N168bn. If we accept to work along that line, it means that whatever calculation we are working on must arrive at that amount.

“That was not our initial agreement. We were even asking the representatives of the government that they should let us know how much government is working towards so that the committee would be guided.

“What government is coming up with now is not what we agreed in the terms of reference. With that, we cannot continue with the discussion. If government wants to issue circular based on that, it is free but we are not going to be party to that.”
(Punch)