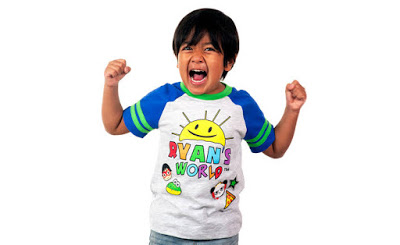 It is interesting to know that Ryan Kaji began making YouTube videos in March 2015 after watching other toy review channels like EvanTubeHD and asking his mother, “How come I’m not on YouTube when all the other kids are?” Kaji’s mother decided to quit her job as a high school chemistry teacher to work on the YouTube channel full-time.

At the age of three, Ryan Kaji started reviewing toys and now has a subscriber base of 23 million. In 2019, he made up to $26 million.

And according to Forbes, Ryan now has a line of branded toys, clothing and home goods sold at Target, Walmart and Amazon, a spinoff television show on Nickelodeon and a deal with Hulu to repackage his videos.

And The highest earner on Youtube in 2019 is an eight-year-old who reviews toys, according to Forbes.