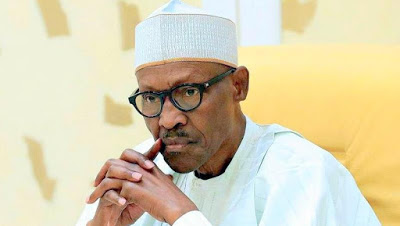 Hope Democratic Party, HDP, one of the parties that participated in the February 23 Presidential election has asked the Supreme Court to stop the inauguration of President Muhammadu Buhari scheduled for Wednesday.

The party prayed the apex court to restrain the President-elect from presenting himself for swearing in ceremony pending the final determination of petitions challenging the validity of his election.

In a notice of appeal to Supreme Court, the party faulted the striking out of its motion on the notice by the Presidential Election Petition Tribunal on may 22, on ground of lack of merit.

In the appeal filed on its behalf by Yusuf Ibrahim, HDP prayed for an order of the apex court directing the Senate President or the Chief Justice of Nigeria (CJN) to take over the rein of power pending the time all issues arising from the last election would be fully resolved.

It also prayed for another order setting aside the ruling of justice, Joseph Ikyegh which on May 22, refused to stop the inauguration of Buhari.

In the notice of appeal, filed on May 24, the HDP claimed that the tribunal erred in law in striking out its motion without giving cognizance to relevant law cited.

Specifically, the party claimed that the tribunal failed to apply the extant provision of section 25 of the Electoral Act 2010 mandatorily suspending and returns of the questions election of February 23, 2019 presidential election until the validity of the said election is determined by the tribunal

The party claimed that “The court is under an unwavering duty to obey and apply the expressed constitutional prohibitive and injunctive provision of section 1(2) of the 1999 constitutional to safeguard and uphold the sanctity of the constitution above any individual; or group interest under any guise.”

The registry said the notice will not be transmitted to the apex court until the party makes a deposit of One Million Naira (N1M) for assessment of the record of proceedings and transmitting same to Supreme Court as required by law.

But in a press statement, the HDP accused the tribunal of arbitraries and attempts to truncate its appeal.

It added, “It has come to our notice that our party/petitioner’s notice of Appeal to the Supreme Court duly lodged and assessed by the tribunal Registry has since Friday 25/05/2019, after due payment of the filling fees, has been withheld by the tribunal registry, demanding just this Monday the deposit of N1 Million before any other step will be taken to issue date of settlement of records to ascertain the volume of documents to be transmitted to the supreme Court in the interlocutory appeal arising from the said court ruling of 22/05/2019.


“This development appears arbitrary and unfortunate at this stage of our democratic experiment. It is like putting the cart before the horse and clear attempt to deny the petitioners/Appellant their constitutional right of appeal on a subject deserving and towards improving our laws.


“We hope that our relief seeking order at the Supreme Court that either the Senate President or the chief Justice of Nigeria preside over or hold the rein of government until appeal is determined in accordance with the law as no vacuum is allowed in the government of a nation after May 29, 2019.
(Dailypost)