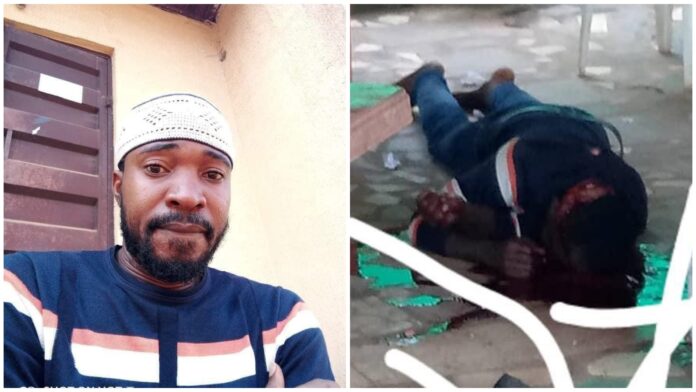 A young man identified as Afam Francis was gruesomely murdered by suspected cultists on Wednesday evening in Asaba, Delta state.

Suspected cult killings continues unabated as another young man identified as the victim was attacked and killed at the Limpopo bar at summit junction, Asaba.

The victim had his skull shattered and his brain spilled all over the place.

A source who shared the photos wrote;

This is the face of Victim of today’s killings at Limpopo bar at summit junction, Asaba, Delta State.

His skull was destroyed by his assailants, the Police men who came to pick him to deposit at the motuary were looking for nylon to pack his shattered brain.

It was a heartbreaking moment as the three children found dead in a car parked at the compound of a former police officer were...
Read more
Society News

A young architect identified as Hlola Skosana took her after her relationship with a yet-to-be identified man hit the rock. The young south African lady...
Read more