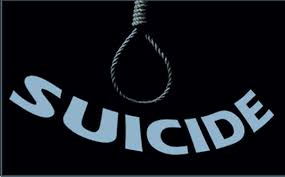 A man has killed himself in a community in Katsina state after reportedly failing to win a girl’s heart. What a life???

The lifeless body of a 35 years old man identified as Badamasi Musa was on Thursday morning found hanging on a Mango tree in Kabomo village of Bakori local government area in Katsina state, Daily Trust reports.

Musa had committed suicide by hanging himself following his inability to win the heart of a lady in the village, sources said.

The deceased, a farmer himself who also engages in other small businesses, got frustrated after he could not secure the hand of his lover whose name is yet to be ascertained as at the time of filing this report.

It was gathered that the deceased was seen with the rope yesterday evening by his mother who confronted him and he told her that he was going out to get some firewood.

“This morning as villages were heading to farms, his body was found hanging by the tree which was cut loose and reported to police,” a source said.

Already, the state police command spokesman, SP Gambo Isah, has confirmed the development, saying details shall be provided in due course.