Man Calls Out Babymama For Constantly Abusing Him, Says He Can’t Take It Anymore 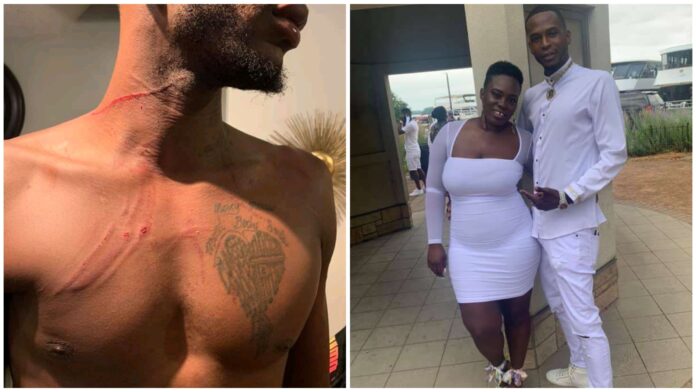 There is a deep belief among Africans that it is socially acceptable to hit a woman to discipline a spouse.

Domestic violence is widespread and shows no signs of lessening as the act is not only with the man but also women.

A young man identified simply as Dominic Barry, has taken to social media to talk about the assault he is facing in the hands of his babymama.

Barry reveal that his babymama has been abusing him for the past 4 year.

It is surprising to note that this is not emotional abuse but a physical abuse which has left injuries on his body.

He said he wants to be a role model in his son’s life but the assault is too much and he can’t take it anymore.

BEEN DOMESTICALLY ABUSING ME!!!

AFTER 4years of trying to be a real great father and role model in her son and my son’s life… THIS IS THE LAST STRAW!!!

HAD I DID SOME SHIT LIKE THIS NO ONE WOULD UNDERSTAND MY PERSONAL LIFE..