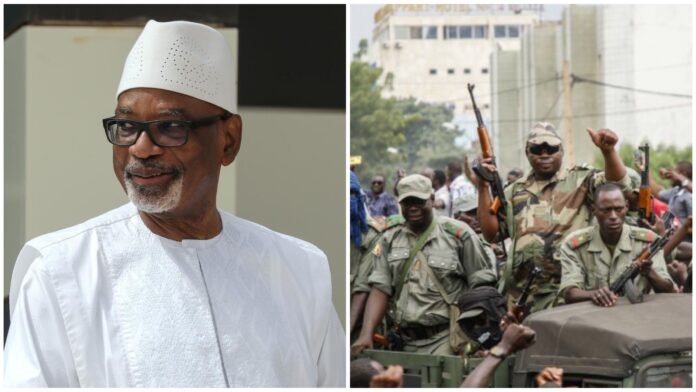 His resignation is coming just hours after armed soldiers seized him from his home in a dramatic power grab.

His arrest followed months of anti-government protests demanding his ouster.

The news of Keita’s departure was met with jubilation by anti-government demonstrators and alarm by former colonial ruler France, and other allies and foreign nations.

Speaking on national broadcaster, a distressed Keita, wearing a mask amid the COVID-19 pandemic, said his resignation was effective immediately.

A banner across the bottom of the television screen referred to him as the outgoing president.

I have decided to step down from office.

He also announced that his government and the National Assembly would be dissolved, certain to further the country’s turmoil amid an eight-year Islamic insurgency and the growing coronavirus pandemic.