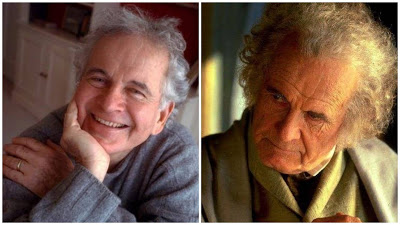 Lord Of The Rings star Ian Holm, who was best known for his work as Bilbo Baggins has died today at the age of 88.

His agent said in a statement:

It is with great sadness that  the actor Sir Ian Holm CBE passed away this morning at the age of 88.

He died peacefully in hospital, with his family and carer. Charming, kind and ferociously talented, we will miss him hugely.

The Rada trained actor previously spoke about his battle with prostate cancer after being diagnosed in 2001 when he was 70.

Sir Ian at the time;

It’s all strange because I still feel like I’m immortal.

I didn’t go through chemotherapy and my hair didn’t fall out – but they won’t actually know if I’m cured for another two years. I’ll be dead of old age by then