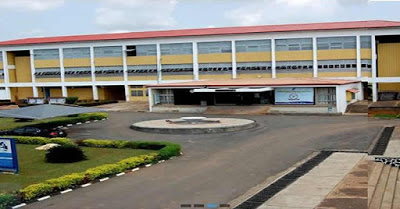 It would be recalled that Badiru’s father, Dr. Idris Olabode Badiru, had in July, raised alarm over what he termed as molestation and inhuman treatment of his daughter, Ikhlas Badiru, by the Principal of International School, University of Ibadan, Mrs. Phebean Olowe, the School Accountant identified as Mr. Odewale and other staff of the school for wearing Hijab on top of her school uniform. 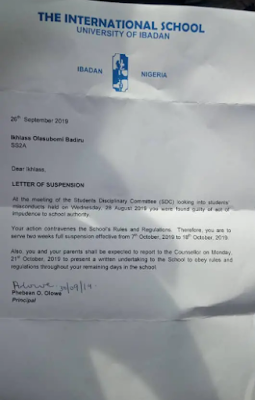 “At the meeting of the Students Disciplinary Committee (SDC) looking into students’ misconduct held on Wednesday 28th August, 2019, you were found guilty of act of impudence to school authority.

“Your action contravenes the school’s rules and regulations. Therefore, you are to serve two weeks full suspension effective from 7th September 2019 to 18th September, 2019.

“Also, you and your parents shall be expected to report to the counsellor on Monday 21st October 2019 to present a written undertaking to the school to obey rules and regulations throughout your remaining days on the school.”

What’s your take on this?