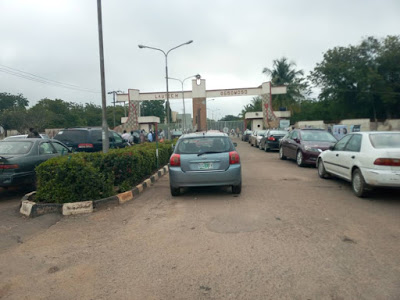 The Academic Staff Union of Universities (ASUU), Ladoke Akintola University of Technology (LAUTECH) branch, has suspended all academic activities pending the payment of their unpaid arrears.

Lectures for the new academic session were billed to start on Monday.

The lecturers’ union had earlier issued a 10-day ultimatum to the university to pay their August, September and October salaries or face industrial crisis.

This paper gathered that the academics are being owed cumulative 11 months’ salary arrears by the Oyo and Osun governments.

In reaction to the ultimatum, the university’s Vice-Chancellor, Michael Ologunde, was said to have attributed non-payment of the salaries to non-release of subvention to it by the two co-owners, Osun and Oyo.

However, the union at a congress held on Monday, decided to embark on a lecture boycott.

In a telephone interview with our source on Monday, the chapter’s chairman, Abiodun Olaniran, explained that the union members resolved to suspend all academic activities until the arrears are settled.

Moreover, the two owner states, on several occasions, have been at loggerheads over who has defaulted in releasing subventions.

On Wednesday, the Osun State Governor, Gboyega Oyetola, released N472 million for the payment of salary arrears of the staff and its teaching hospital in Osogbo.

According to a letter signed by the State Commissioner of Finance, Bola Oyebamiji, and addressed to the Chairman of the University’s Governing Council, Oladapo Afolabi, the release of the fund was aimed at ensuring financial stability in the university.

The governor noted that the release of the fund was in line with the earlier agreement reached at a meeting in Abuja between Oyo State Governor, Seyi Makinde and himself on the need to ensure “financial stability and sustainability” of the institution.

Although the government claimed to have released money, the workers are yet to be paid.

When our source contacted the spokesperson of the school, Fadeyi Olalekan, he said he is not aware of the industrial action as he is currently in Ibadan.

Meanwhile, some students of the institution who spoke with this reporter confirmed the lecture boycott.

“The Division of students’ affairs has addressed us. They told us the lecturers will be coming to the office but won’t lecture,” a student, Hamzat Mariam, said, PremiumTimes Reports