Lady Rejoices As She Graduates, Makes It Clear She’s Not Stopping Prostitution 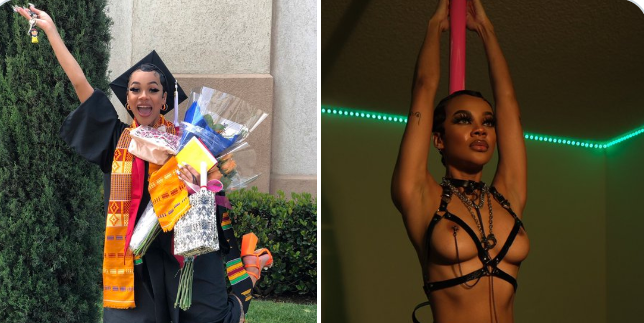 Lady Rejoices As She Graduates, Makes It Clear She’s Not Stopping Prostitution

Society sees prostitution as shameful, illicit and a taboo, but a newly excited graduate is proud of her job.

The sex worker shared a nearly naked photo of herself on a stripper’s pole and another where she dressed in her graduation gown.

Just a reminder that the sky is the limit

In another tweet, she said that her sex work days are far from over by sharing a link to her OnlyFans account.

Some Bandits terrorising southern Kaduna have been arrested by security operatives in a bid to curtail attacks and isolated killings.
Read more
Society News