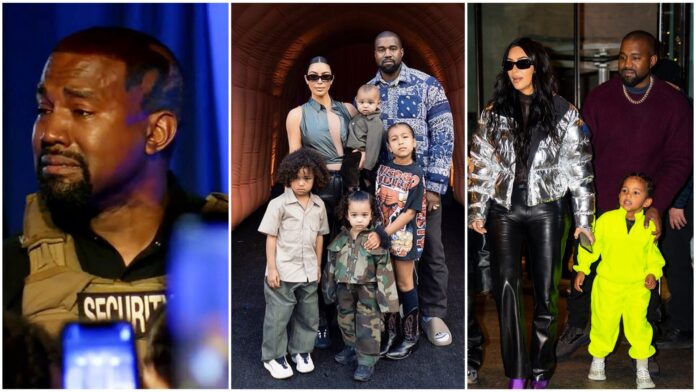 Kim made the consideration after Kanye West told the world they thought about aborting their eldest child.

Kanye West went on a Twitter rant Monday night, claiming that wife Kim Kardashian West tried to ‘lock me up with a doctor.’

The 43-year-old US presidential candidate made the private revelation about the couple’s first child, North, during his presidential campaign political rally in Charleston, South Carolina on Sunday.

Kriss [sic] don’t play with me you and that calmye are not allowed around my children Ya’ll tried to lock me up.

Everybody knows the movie get out is about me.

He later deleted the three of those tweets, see screen shots:

West also tweeted about Kardashian’s leaked sex tape with them boyfriend Ray J in 2007 and the Playboy cover she did later that year.

West children will never do playboy.

I love my wife My family must live next to me It’s not up to E or NBC anymore.

Ozo And TrikyTee Has Been Evicted From The BBNaija House BBnaija show host, Ebuka announced Ozo as the...
Read more
Foreign News