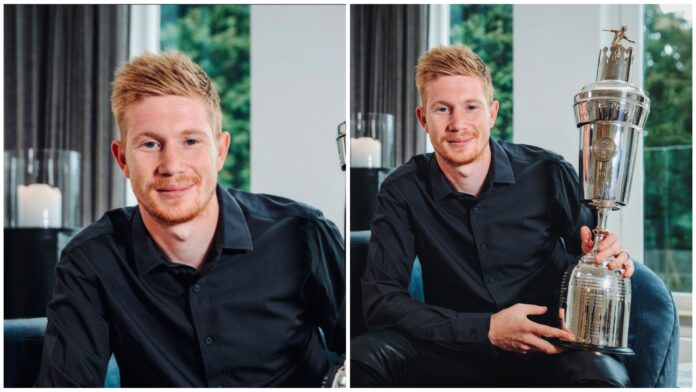 Manchester City midfielder, Kevin De Bruyne has won the PFA Players’ Player of the Year for the 2019/20 Premier League season.

The 29-year-old has beaten off competition from Liverpool’s Jordan Henderson, who won the Football Writers’ Association’s player of the year award after captaining the Reds to the Premier League title.

The Belgian also becomes the first ever Manchester City player to win the award.

He produced 13 goals and 20 assists – drawing level with Thierry Henry for the Premier League record – as Pep Guardiola’s side finished second, 18 points off Liverpool.

A state in the U.S, Ohio has cancelled the football match that was initially fixed to hold on Saturday. The game which was supposed to...
Read more
Sports

Thousands of fans are paying their final respects as the body of football legend Diego Maradona lies in state at Casa Rosada, the government...
Read more
Sports

Former Argentine professional footballer and football manager, Diego Maradona has passed away at the age of 60. The football legend suffered a cardio-respiratory arrest and...
Read more
Sports

Manchester City who are Premier League giants are reportedly ready set to complete the signing of Portuguese defender Ruben Dias from Benfica in a...
Read more