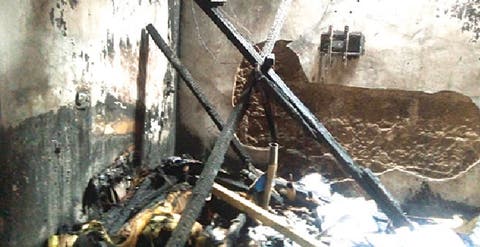 The victims who died in the explosion include a 45-year-old man, Esuabana Thomas, his two children aged 14 and 12, alongside one of his inlaws, at their home.

It was gathered that the kerosene which is suspected to have been adulterated, was being poured into a lantern when the explosion occurred.

The explosion resulted in a fire outbreak that razed their apartment. The neighbors say one of the daughters was pouring the kerosene into the lantern which was already lit when the explosion occurred.

Three people died in the inferno while the fourth person died while being rushed to the hospital.

Confirming the incident, the spokesperson of the state police command, DSP Irene Ugbo, said the police have commenced an investigation into the said incident