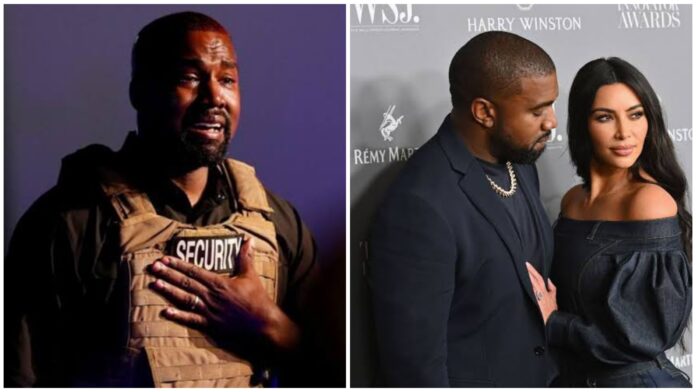 US showbusiness mogul, Kanye West has publicly apologised to Kim Kadarshian, his wife.

The American rapper admitted he had brought the challenges in their marriage to the open.

The singer earlier fired a barrage of tweets on how he had been trying to divorce Kim.

The tweets had fueled speculations that the couple could be headed for a split.

Kim had, in a statement on the controversy, defended him.

She said nothing that anyone who suffers bipolar disorder (like Kanye) or has one who does, knows how complicated it is to understand.

Kanye admitted on Saturday via his twitter page that he has hurt his wife.

He noted that he failed to cover her as she did to him.

He also admitted that he went too public with the private matters in their marriage.

To Kim, I want to say I know I hurt you. Please forgive me. Thank you for always being there for me

I would like to apologize to my wife Kim for going public with something that was a private matter.

I did not cover her as she has covered me.