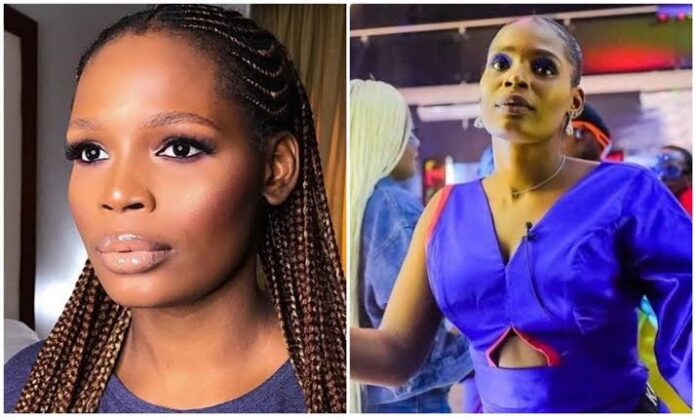 Kaisha has been evicted from the Big brother Naija house.

Neo, TrikyTee, Kaisha, and Wathoni were the four contestants with the least votes from viewers last week.

As usual, other housemates were asked to nominate two housemates for possible eviction.

After the housemates casted their votes, Ebuka announced Kaisha as the next housemate to be evicted from the house.

He thereafter announced that Neo, Wathoni and TrikyTee were safe from eviction.

As announced by Ebuka on the first night of eviction, the fates of the least voted housemates are dependent on their fellow housemates who are to pick two out of the bottom four for possible eviction.