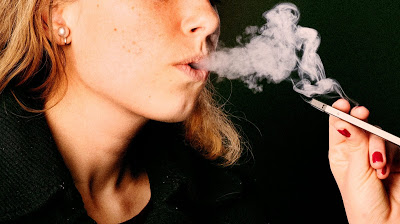 A 19-year-old girl who was identified as Zainab Abdullahi was caught smoking a forbidden substance, Marijuana and  has been sentenced by a Shari’a Court to recieve 80 strokes of cane for performing that act in the public.

The court which is located in Magajin Gari area of kaduna while delivering judgment on Thursday, September 12th, the Judge, Malam Muhammad Shehu-Adamu, sentenced Abdullahi after she pleaded guilty to the offence.

According to Shehu-Adamu revealed that the 80 strokes of cane is the punishment stipulated for people who engaged in taking intoxicants (Hadd) and cannot be reversed.

He encouraged the Muslim Council of Nigeria to continue with their good work and try to reform the convict in the possible way they can. Earlier, the prosecutor, Ibrahim Shuaibu, told the court that the police arrested Abdullahi on the road smoking marijuana.

Shuaibu told the court that the convict had been convicted was serving a jail term due to her inability to pay a fine of N7,000, until a religious organisation named Muslim Council of Nigeria paid the fine

[Must Read]: Bandits Displaced More Persons In Nigeria Than Boko Haram In First Half Of 2019 – Report Reveals

A member of the Muslim council, Abdulrahman Sadiq speaking commended the court for inculcating value and promoting peace in the society but at the same time still pleaded that the convict should lesser be punished.

ALSO READ:  Maltreatment Taken Too Far As Parents Tie Son To The Ceiling, Pour Pepper On His Face

what do you have to say about the act / judgement ?