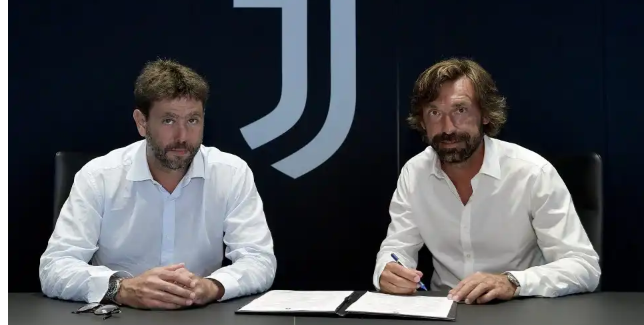 Following the sack of Maurizio Sarri as Juventus manager after Lyon crashed them out of champions league.

Pirlo is in for a quick promotion after he became manager of the Juventus Under-23s just last week,

A statement from the Old Lady read:

41-years-old and born in Flero in the province of Brescia, Pirlo has had a legendary career as a player that has led him to win everything, from the Champions League to the World Cup in 2006.

In his four years at the centre of the Juventus midfield, Pirlo won as many league titles, a Coppa Italia and two Italian Super Cups.

Today, begins a new chapter of his career in the world of football, as it said almost a week ago: from Maestro to Mister.

From today he will be THE coach for people of Juventus.

The club has decided to entrust him with the technical leadership of the First Team.

This is after having already selected him for Juventus Under-23.

An expert and talented squad to pursue new successes.