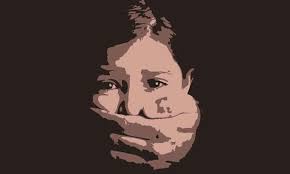 Prof Gideon Okedayo – a senior lecturer at the Ondo State University of Technology, Okitipupa, has been kidnapped.

FreshReporters News gathered that Mr. Okedayo was captured at a boundary between the Akunnu Akoko area of Ondo and Igara in Auchi, Edo State, on Thursday evening.

Chairman of the Academic Staff Union of Universities at the institution, Dipo Akomolafe, confirmed the news on Friday – Saharareporters

He said, “What we learnt was that Prof Okedayo was on transit in Edo State when the gunmen seized him.


“His driver managed to escape the attackers but he was not lucky enough and was seized by the hoodlums.


“The driver managed to visit a police station to report the incident.”


Chairman of the Joint Action Committee of the university’s staff union, Dayo Temola, also confirmed the incident in a statement.

He said, “Prof Okedayo is a thorough bred academic who has and is still contributing to growth of education in Nigeria and beyond.

“We hereby call on government and relevant security agencies to help free him from his kidnappers.”