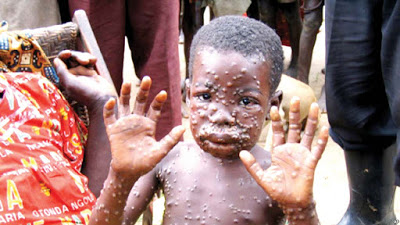 The resurgence came two years after the index case was reported in the country.

While Lagos, in the current reappearance, recorded three cases, Rivers and Akwa Ibom have one each.

The NCDC said a total of 81 suspected cases had been reported so far in 2019, of which 39 confirmed cases were recorded in nine states (Bayelsa, Lagos, Delta, Rivers, Akwa Ibom, Enugu, Anambra, Cross River, and Oyo), with one death.

The centre noted that of the confirmed cases, 59 percent was from two states, Delta (28 percent) and Lagos (26 percent); the most affected age group was 21-40 years; and 84.6 percent of confirmed cases had a male-to-female ratio of 2.6:1.

According to the NCDC, since the beginning of the outbreak in September 2017, 176 confirmed cases and nine deaths have been recorded in 18 states (Rivers, Bayelsa, Cross River, Imo, Akwa Ibom, Lagos, Delta, Bauchi, FCT, Abia, Oyo, Enugu, Ekiti, Nasarawa, Benue, Plateau, Edo, and Anambra).

To address the problem, the chief executive officer of NCDC, Dr. Chikwe Ihekweazu, said the centre, through the Monkeypox Technical Working Group, is coordinating the national response and control in collaboration with states and partners. He said outbreak response support is provided to states amid ongoing surveillance for Monkeypox in all states, especially high-risk ones.

The epidemiologist said Nigeria also listed Monkeypox as a priority disease for routine reporting. This will be covered in the 2019 edition of the Nigeria Integrated Disease Surveillance and Response (IDSR) guidelines. He said surveillance and case management regional training in the southeast and southwest regions has been rescheduled to November 2019, and a response team has been deployed to support enhanced surveillance in Akwa Ibom.

Ihekweazu said animal surveillance is currently being conducted in Lagos, while the result of similar surveillance in four states (Cross River, Rivers, Bayelsa and Edo) is being awaited.

According to the NCDC, in reporting week 40, no new healthcare worker was affected and a total of 19 healthcare personnel have been infected since the onset of the outbreak in 10 states – Edo (six), Ondo (four), Ebonyi (two), Enugu (one), Rivers (one), Bauchi (one), Benue (one), Delta (one), Plateau (one) and Kebbi (one), with two deaths in Enugu and Edo.

The NCDC said 12 patients were currently being managed at various treatment centres across the country: 11 at the Irrua Specialist Teaching Hospital (ISTH) treatment Centre, Edo State; and one patient at the Federal Medical Centre, Owo, Ondo State.