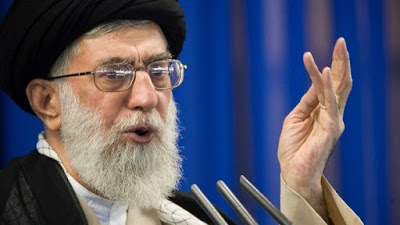 Iran’s Supreme Leader, Ayatollah Ali Khamenei, ruled out any future negotiations with the U.S. on Thursday, during a meeting with Japanese Prime Minister Shinzo Abe.

“Iran does not trust the U.S.,’’ Khamenei said in Tehran. “We have already had the bitter experience with the Americans over the nuclear deal and do not want to repeat this experience.’’

The U.S. unilaterally withdrew in 2018 from the Iran agreement, which was aimed at preventing Tehran from acquiring a nuclear arsenal.

No country in its right mind would negotiate under such circumstances, said Khamenei, who has the final say on all strategic policy in the Islamic Republic under Iran’s constitution.

Abe has offered to serve as an intermediary, as Japan has amicable relations with Iran.

Tokyo had long relied on Tehran for oil imports until the Trump administration ended its sanctions waivers granted to buyers of Iran’s crude oil.

Khamenei commended Japan’s efforts. “But I don’t regard U.S. President Donald Trump as worthy of sending a message or an answer,’’ he said.

The supreme leader added that his distrust lies in Trump’s goal to force regime change in Iran, which Khamenei said will not work.