Iran Ready To Retaliate Death Of General, Killed By US 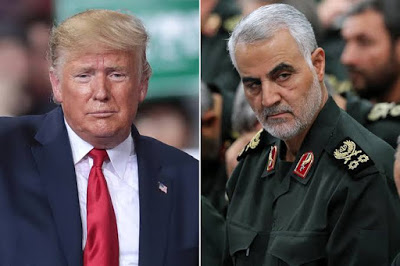 Qasem Soleimani, who was an Iranian major general in the Islamic Revolutionary Guard Corps was killed in a targeted U.S. airstrike on 3 January 2020 in Baghdad, Iraq. Also killed were Popular Mobilization Forces members. Soleimani was posthumously promoted to lieutenant general.

Following the heated death of the Iran general, Qasem Suleimani, Iran has reportedly set in motion its threat to America that it would retaliate the killing of military commander.

In his announcement, Khamenei described Qaani as “one of the most distinguished Revolutionary Guard commanders”.

Qaani was a close and trusted aide to Soleimani, and fought in the Iran-Iraq war of the 1980s. He also served as an intelligence official in the Islamic Revolution Guard Corps (IRGC).

Qaani is known for his extremist opposition to Israel, similar to Soleimani, and was one of the key figures in Iran’s involvement in the Syrian civil war.