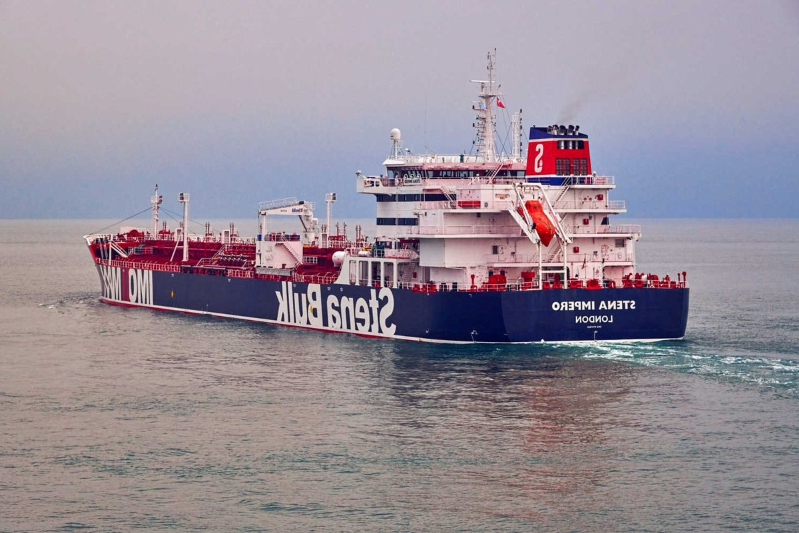 The release of a Seven crew member on a British-flagged oil tanker that was seized by Iran in July have been made and were heading for a “safe location,” the Sweden-based shipping company that operates the Stena Impero said.

The shipping company’s chief executive, Erik Hanell said this in a statement on Thursday.

They are “now travelling to a safe location where they will be reunited with their families.

“They will receive medical checks and a debriefing before being repatriated to their home countries at the earliest opportunity,” Hanell said.

He told dpa that the seven were en route to Dubai, adding that the company would not give out the names of any crew members.

Meanwhile, he had no new information about the possible release of the Stena Impero from an Iranian port of Bandar Abbas.

He added that 16 crew members were remaining on board in line with the so-called Minimum Safe Manning Certificate that is issued by the flag state and sets the minimum number of crew needed to safely operate the vessel.

Facebook
Twitter
Pinterest
WhatsApp
Previous articleFamous Rapper Says He Was Kidnapped By SARS Last Night, Taken To Lagos Island And Made To Exhaust ATM Allowance Or Else Would Have Been Killed”
Next articleNew E-Passport Valid For All Countries – NIS