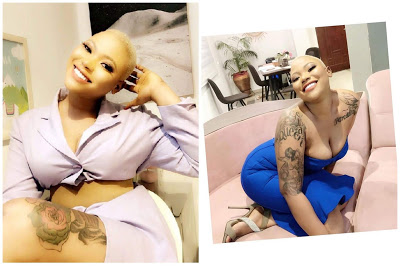 Prostitution is as old as the world itself and while people wonder why women would choose to sell themselves for money, there are reasons they go into it.

But there are reasons why some ladies take to it and most of the reasons may not just be far from the realities in the society they live in.

But Some ladies are naturally lazy and expect a man to cater for every of their needs. They want to live the high life, buy high-end clothes, travel around the world and live life to a hilt but they are not willing to work hard for the lifestyle. So they feel the best way to enjoy both worlds is to become a prostitute.

This is not different with the Ghanaian socialite, Queen Farcadi, who made it known that laziness is the reason why she venture into prostitution.

While on Delay show, the socialite who kick against the presenter’s opinion that someone influenced her to be trading sex, she said;

It’s my decision, it’s like you are lazy and don’t want to work so you have to use your body to get what you want … I am a lazy girl.

She added that she has never tried working before but she has realized that she isn’t cut for that for she is very lazy.

Queen further said, from experience, she has realized that men only use women so she has decided to make money out of them too

She recently made headlines when she disclosed that she has slept with countless men from all the continents in the world.