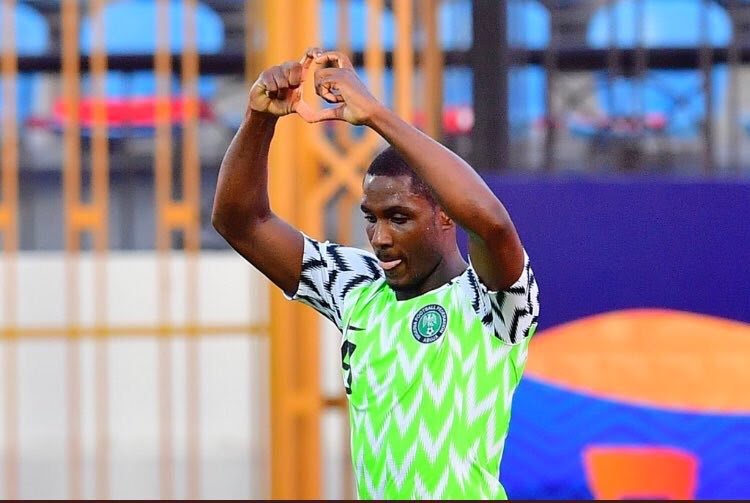 The Super Eagles defeated the Carthage Eagles of Tunisia to clinch the third-place trophy on Wednesday night in Cairo.

Odion Ighalo’s third-minute goal was enough for the Eagles to fly home victoriously from the Al-Salam stadium.

Odion Ighalo tapped home from close range for Nigeria’s lead in the 3rd minute. It’s goal number five for Ighalo, who now tops the goal chart, and is on course for the tournament’s golden boot.

Ighalo is credited to have score 79% of Nigeria’s goals at the 2019 AFCON.

The Shenhua Shanghai striker walked off the pitch of play with a likely hamstring injury, and Victor Osimhen came on in the second half for injured Ighalo.

The second half saw some flurry of chances which were missed by the Super Eagles.

Fifty-four percent ball possession to Tunisia as against Nigeria forty-six in the 70th minute of play.

Nigeria first won the third-place match in 1976 when the then Green Eagles beat Egypt 3-2 in Adis Ababa, Ethiopia

William Troost-Ekong, who scored an own goal in the match against Algeria redeemed himself in the third-place match by pulling a show that won him the Total Man-of-the-Match award.
(TheCable)