Igbos Must Get Presidency In 2023 – Anambra Bishops Insists 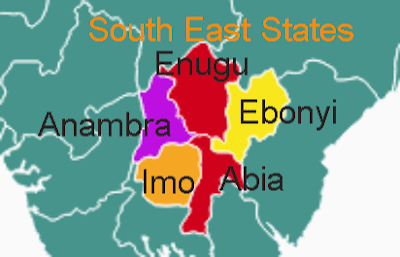 To guarantee fairness, the seat of the president is usually rotated between the South and the northern part of the country by political parties which is popularly known as zoning.

The southern part of the country is divided into three geopolitical zones which is the South-East, the south-south and the south-west. The southwest produced Olusegun Obasanjo as the president from 1999 to 2007 and the south south produced Goodluck Ebele Jonathan from 2009 to 2015.

As 2023 draws near the battle for which geo political zone will succeed President Mohammadu Buhari gathers momentum, some clerics have declared it is now or never for Igbo.


Most Rev Henry Okeke and Bishop Emma C Obiorah both Anglican Bishop of Mbammili in Anambra West local government Area, say its the only thing that can bring peace and unity in the country.

For the country to survive, we need every tribe, we need equity and it is the turn of Igbo man to be the President of Nigeria.

The impression some people have created against Ndigbo is bad.

God loves Igbo the way He loves others. Igbo has the gift to fix this country again.

I’m not against any government or tribe, but let’s live for one another.

For Bishop Henry Okeke, every body should start praying seriously for the government of the All Progressive Congress (APC) and President Buhari because the situation was becoming unbearable in the country

The Southeast people are neglected, give the people chance, yes, nobody is perfect but there are people more gifted than others who can lead this country and make residents happy

If this country is giving to Ndigbo in 2023, there will be balance which has been lacking in Nigeria.

There has not been peace, no unity among the people and insecurity every where. This country needs equity and fairness.

The two clerics called on other religious leaders and groups to pray hard for the current leadership in the country.

They maintain that the economy in the country had affected marriages, families and governments, describing life as a battle.