Home News Foreign News 'If Biden Is Elected, He will Destroy America, He is Incompetent' -...
NewsForeign News

‘If Biden Is Elected, He will Destroy America, He is Incompetent’ – Trump 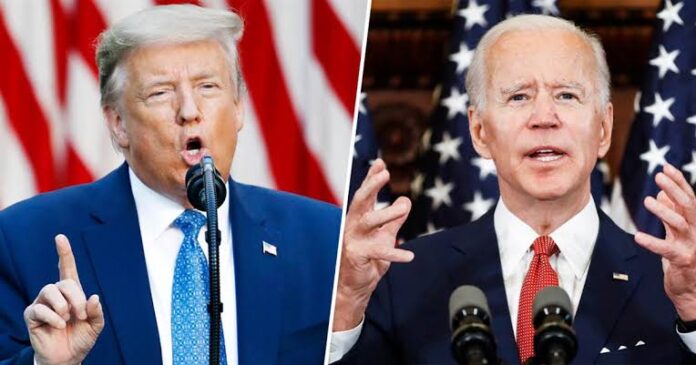 United States President, Donald Trump attack his likely opponent Joe Biden as not being competent to lead the country.

This is coming after polls over the weekend showed that US citizens are not happy with Trump’s handling of the coronavirus pandemic.

Speaking in an interview, Trump said:

if Biden is elected on November 3, he will destroy this country.

Biden would triple your taxes and defund the police.

Religion will be gone

Trump was asked whether he would accept the election result in November, even if he loses.

New ECOWAS chairman emerges as the Ghanaian government announced that President Nana Akufo-Addo has been elected as the new Chairman of the...
Read more
Foreign News