I Was Not Elected To Fight Buhari’s Govt – Gbajabiamila 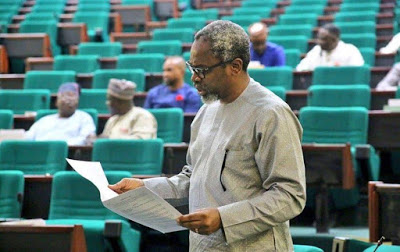 Many Nigerians have been inclined to believe that the legislature may be a rubber stamp of the executive, following the close relationship between the two arms of Government.

While reacting to the allegations, the speaker, House of Representative, Hon. Femi Gbajabiamila said criticism that the 9th Assembly was a rubber stamp to the executive was not fair, saying the fact that the legislature was on the same page with the executive on issues of national interests did not make it a rubber stamp.

According to the speaker, the 9th National Assembly is irrevocably committed to protecting the interests of the people through diligent discharge of its legislative duties.

He made this known on Sunday in Lagos while speaking at the ”Gbaja 2019 End of the Year Grassroots Empowerment Programme”.

Gbajabiamila added that he, like his colleagues in the National Assembly, was not elected to fight the executive and that lawmakers would disagree with the executive if there was the need to do so.

In a statement, he said;

People, naysayers, critics and people from other parties have said the 9th National Assembly is a rubber stamp to the executive.

You know my reply when they say that to you? Tell them that you would rather have a rubber stamp National Assembly that will bring progress than the one that is fighting the executive without progress.

This is because when two elephants fight, the grass suffers. This is not a rubber stamp National Assembly; this is a National Assembly that represents the people and is committed to their interests.

The people of Surulere Federal Constituency 1 did not elect me to go and be fighting the executive; Is that what you asked me to go and do?

Rather, you asked me to engage and collaborate with other stakeholders to deliver democratic dividends, part of which we are having today.

But our watchword will be the interest of the people. That is the oath which I and my colleagues swore to.