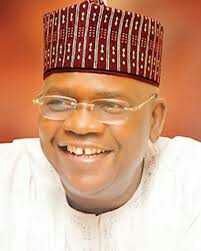 Senator Danjuma Goje, the senator representing Gombe Central at the National Assembly has said that at no time did he faced corruption charge totaling N25 billion.

Goje disclosed this in Abuja on Thursday in a statement made available to the News Agency of Nigeria (NAN).

The statement signed by Mr Paul Erokoro, lawyer to the senator said the claim was “inaccurate and untrue.”

Erokoro was reacting to recent reports in the media that corruption charge being faced by the senator were withdrawn following his decision to step down from the Senate president race in June.

He insisted that the actual amount mentioned in the charge was N9 billion.

“The so-called “N25b fraud” that has been bandied about in the media, never featured in the case.

“The sum total of all the monies mentioned in the charge was about N8b.

“Of that total, N5billion was a loan taken from Access Bank for completion of infrastructural projects such as the Gombe airport, waterworks, numerous roads, Gombe Jewel Hotels, schools, hospitals and rural electrification.

On the N1 billion agricultural loan, he said that the Central Bank of Nigeria (CBN) had testified in court that the loan was utilised in full compliance with the bank’s loan conditions.

“Other witnesses told the court that the governor never awarded any contract for the supply of food to Government House and Government Guest Houses during his tenure for the N1 billion alleged in the charge or for any other sum.

“On the N1.6 billion for the supply of English Dictionaries for primary and secondary schools, the Court was told that Universal Basic Education Commission (UBEC) gave its approval and that the contract was advertised in two newspapers and that reputable book publishers and suppliers tendered and that State Universal Basic Education Board awarded the contract to the lowest bidder.”

He said all the 19 counts of the charge around the above monetary issues collapsed during the trial.

He said because the prosecution witnesses completely exonerated the defendants was why the 19 counts were all dismissed by the court, on the the ground of No Case submission.

He added that the star witness of the Prosecution, a senior EFCC operative who headed the investigation, told the court that throughout their investigation, no money belonging to the Gombe State Government was traced to the Governor, his family members or associates.

He because of their embarrassing nature, the two counts of the charge were withdrawn by the Attorney-General of the Federation and not on political negotiation as being speculated.
(NAN)