‘I Have No Feud With Buhari’ – Dasuki Reveals 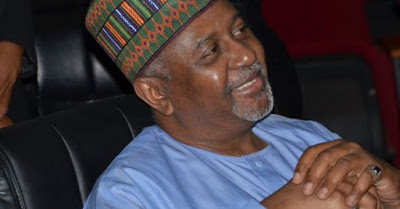 Sambo Dasuki who had been in the custody of the DSS since December 2015 over allegations of abuse of office and money laundering. But despite several court orders granting him bail, he was still held custody until 24 Dec 2019 when the presidency ordered his release.

The former National Security Adviser (NSA), was released on Tuesday evening, after four years in detention of the Department of State Services (DSS).

While speaking during a radio interview with the Voice of America Hausa Service, Dasuki insisted he holds no grudge against President Muhammadu Buhari.

The former National security adviser was asked if the detention was a revenge for the role he played in the 1985 coup which removed the Buhari regime, Dasuki said: “I am not aware of this. What I know is that God designed this to happen.

Nothing more. I have no problem with anybody. I am more than that. I can’t engage in a feud with anyone.

There is no call to be made to the government. You know everything that happened to one in life is designed by God. Ignorance and lack of understanding can make one to suffer himself… Anything that God destined it to be, it will be. You said I spent four years in detention, it is over and today. Only God knows everything that will happen tomorrow.

What is important is for everybody to be fair. Everybody who is a Muslim and who go to the mosque knows that what the Imam preaches every day is to harp on the need for people to be fair and honest. There is a reason for this and we need to listen.

Everything that happens to an individual is from God. It is only God’s will that will prevail. It is ignorance or lack of faith that pushes some to think that certain individuals are behind their predicaments. Everything is ordained by God. As you said, I was detained for four years and I am out today. Only God knows tomorrow.

The only thing is that there must be fairness. Whoever goes to the Mosque on Friday must surely have heard the Imam always preach for fairness and honesty. There is a reason for that. Everyone should listen to it.

Dasuki futher stressed that he will be returning to court to prove that the allegations against him are not correct.

I stopped going to the court because I was granted bail but the government refused to release me and I said whenever the bail order is complied with I will appear before the court and defend myself, I am ready.