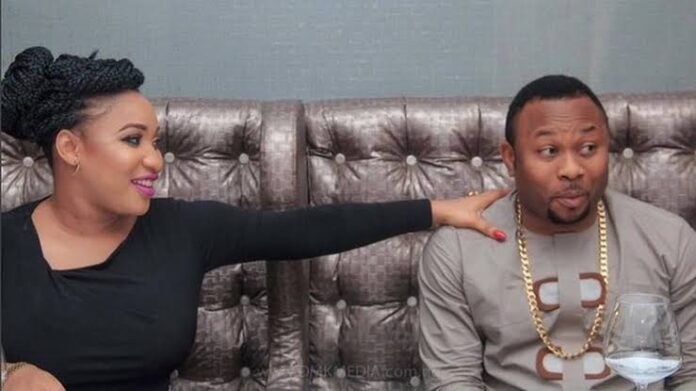 Nigerian movie star, Tonto Dikeh in an interview reveal that she has forgiven her ex-husband Olakunle Churchill for the sake of their child, King Andre.

According to her, she forgives so she would not be stagnate in life, career and other areas.

The actress added that she has read the part of the bible where God said he wouldn’t forgive us if we do not forgive others.

She state that she forgives easily now but doesn’t like being provoke by the things a person does after she has forgiven such a person.

Talking about her career as an actress, she said she has rejected some roles so she doesn’t stereotyped.

She Cited Pete Edochie as an example of an actor who has been stereotyped over the years.

Tonto said she has often rejected the attempt by the movie industry to get her to always feature as a particular character.

When I Lost My Mum, I Started Smoking Weed – BBNaija Nengi

It is obvious that the Ghanaian actress, Princess Shyngle is done with her fiancé for good as she reveal that she's looking...
Read more