‘I am On Medical Check Up Not Admission’ – Fayose Replies Critics 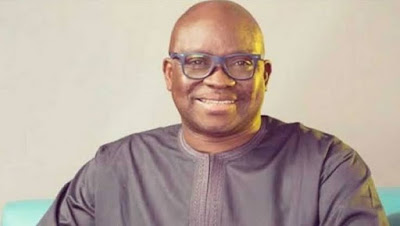 Former governor of Ekiti state Ayodele Fayose is being prosecuted by the Economic and Financial Crimes Commission (EFCC) for alleged money laundering.

Fayose is facing trial over N6.9 billion fraud, but was granted bail based on medical grounds.

A federal high court in Lagos granted him permission to travel abroad for medical treatment after he told the court that he was sick.

However, while the former Governor is still on his medical trip, he was spotted somewhere out of the shores of Nigeria relaxing and chilling and living the best of life. 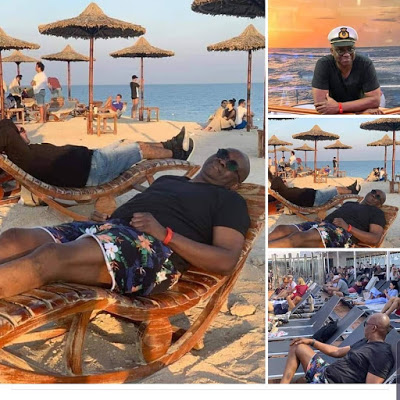 In reaction, some Nigerians said the Ex-governor who is being prosecuted over an alleged fraud deceived the court that he needed to seek medical treatment abroad.

Fayose while responding to his critics said, he was on medical check up not admission and that he has the right to cerebrate new year.

These “hailers”,when I was on their case,they were crying. Now I’m on my own lane enjoying my life, they are still crying & sucking.Expect more so you can cry more. I’m on medical check up not admission. Celebrating New Year is my right, haters can hug transformer. 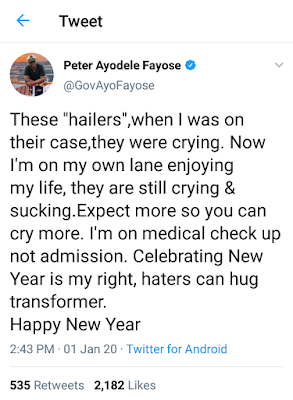