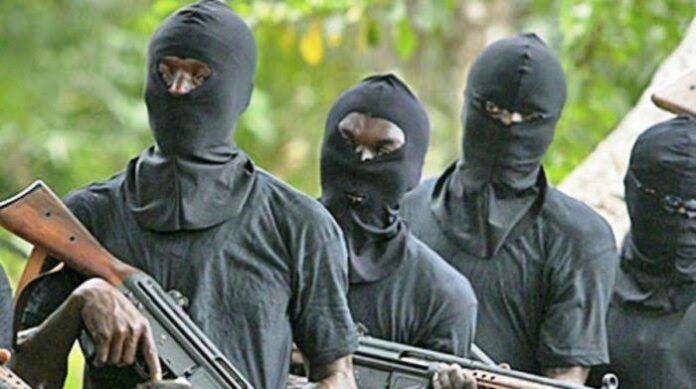 Wife of Alhaji Zakawanu Garuba, the deceased former Speaker of the Edo State House of Assembly, Mrs Hassana Garuba, has been kidnapped.

Mrs Garuba, was kidnapped alongside her driver on their way to Auchi for her husband’s burial on the Lokoja-Okene road by unknown gunmen

She was travelling with her three children and the aged mother of the former speaker who passed on in the early hours of yesterday.

A younger brother of the deceased lawmaker, who confirmed the incident, said that the kidnappers who struck in the evening are yet to establish contact with the family.

He further explained that arrangements have been made by the family to bring the children and their grandmother home.

Lady caught stealing soup doused with flour and water. A Zimbabwean lady was subjected to humiliation after being caught shoplifting.
Read more
Crimes

17-year-old arrested for drugging and defiling a 14-year-old girl in Lagos State. The suspect identified as Pelumi Oloyede-Bello who...
Read more
Crimes

4 Nigerians And A Cambodian Arrested Over Scam And Money Laundering in Phnom Penh Sin an operation led by lieutenant Neth Savoeun,...
Read more