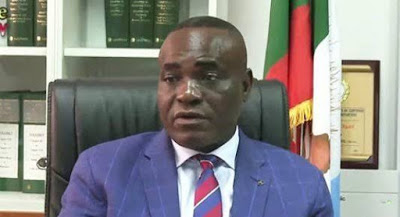 The debate over whether powerful State Governors should be allowed to tamper with the finances of local governments, has been raging for a while now.

The Nigerian Financial Intelligence Unit (NFIU) eaelier asked state governors not to touch the revenues disbursed to the local governments every month from the federation account.

However, the Presidency yesterday said governors hijacking funds meant for their local government would face trial immediately after leaving office.

In a statement, the Senior Special Assistant to the President on Niger Delta Affairs, Senator Ita Enang, through his spokesman, Edet Etuk, gave the warning yesterday while featuring on the Federal Radio Corporation Network Service programme, “Issues of the Moment” .

Let the governors know that they would be made to stand trial in accordance to the extant law when their immunity is eventually lifted.

According to him, most of the local government secretariats had been taken over by weeds; “while most of the primary healthcare centre do not function.”