Gov. Udom Calls For Restructuring Of The Educational System To Meet Current Realities. 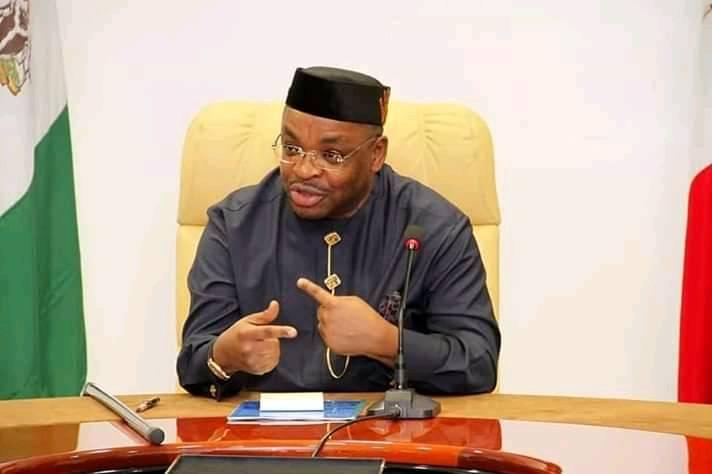 Gov. Udom Emmanuel has called on relevant authorities in the nation’s education sector to review the educational system to meet current realities.

The governor made the call while addressing participants at the concluding session of the 1st Akwa Ibom State Education Summit and Exhibitions.

He maintained that education must be tailored towards producing entrepreneurs and craftsmen in vocations that will add value to the society, adding that Akwa was already making moves to achieve that.

“I am looking at a situation where certain categories of skilled labour are produced here and when the need arises for their services such craftsmen would be fetched here”, he stated.

Governor Udom further disclosed that ten indigenes of Akwa Ibom state are to be enrolled for studies in textile engineering in a Europe based institution come September, 2020.

“Yesterday, officials of an  institution in Europe watched this programme live and communicated to me, saying that by September next year, they will grant scholarship to ten Akwa Ibom citizens to study Textile Engineering,” he said.

The governor hinted that arrangements have been completed for the establishment of Computer Laboratories in at least 10 schools, one in each of the 10 Federal Constituencies of the state.

He explained that the Modular Classrooms built in  Primary Schools within the Uyo urban are technologically designed to fast track communication with schools in the remote areas, pointing out that the technology will simplify learning as knowledge will be transferred with the in-built facilities.

Mr Udoh whose lecture was titled: “knowledge as a Bedrock for Entrepreneurship, Job  And Wealth Creation”, said that 21st century education adopts problem identification method and ability to solve such problems, rather than training on grammar qualification.

He said  emphasis is on skilled based education and that internship and industrial experience are preferred to theoretical experience as employers do not look at certificate but qualifications that can solve problems.

He however called on the organisers of the summit to come up with educational roadmap that will transcend different administrations in
the State.

Prof. Essien pointed out that poor or improper funding and implementation of projects in the  educational system could have poor effects on student’s performance.