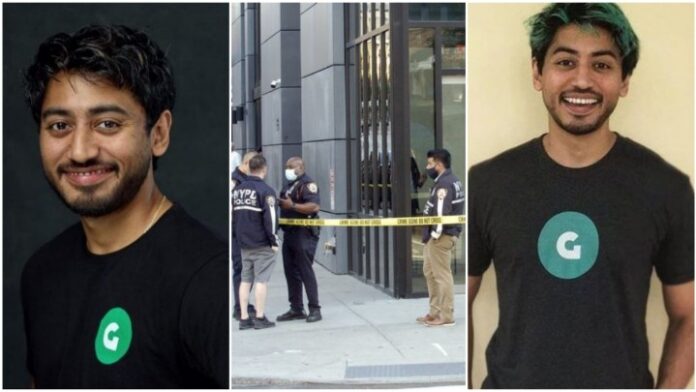 33-year-old, Fahim Saleh, a millionaire tech CEO known as the “Elon Musk of the developing world” has been found decapitated and dismembered in a New York City apartment.

The venture capitalist and the CEO of the Nigeria-based motorbike startup Gokada is believed to be the victim of a ‘professional killer’, with his body found next to an electric saw. The power tool was still plugged in.

His arms and legs below the knees were removed, and body parts were placed into plastic bags also inside the property.

It was gathered that his sister had initially come across his body after going to check on him on Tuesday.

Police officers believe the killer was said to have worn a mask – was disturbed following the killing, though there was very little blood.

Mr Saleh is said to have last been seen alive in CCTV footage on Monday afternoon around 1.40pm – when it is believed he rode in his building’s lift with his alleged killer.

The footage is said to show the suspected murderer carrying a bag as he follows the victim into the lift and attacks him as the lift goes up to the seventh floor.