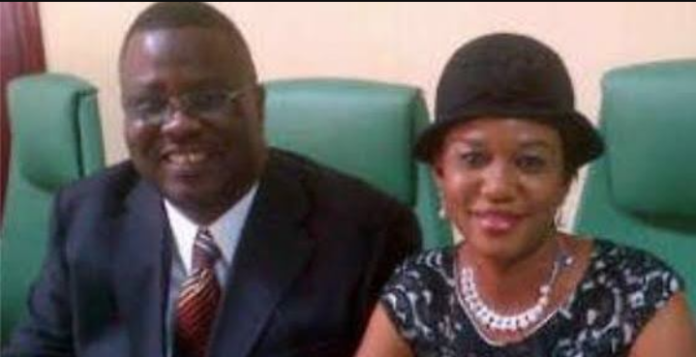 Freshreporters had earlier reported that Wife of Alhaji Zakawanu Garuba, the deceased former Speaker of the Edo State House of Assembly, Mrs Hassana Garuba, has been kidnapped.

Hassana released just few hours after she was abducted along the Lokoja-Abuja highway on Saturday with the driver on her way to Auchi to bury Garuba.

The kidnappers were said to have made away with the widower, leaving the three children and their grandmother.

According to the younger brother of the deceased, Hassana had been released unhurt by her abductors but whereabouts of the driver remained unknown.