FG Responsible For The Killing Of 11 Christians – CAN Slams FG 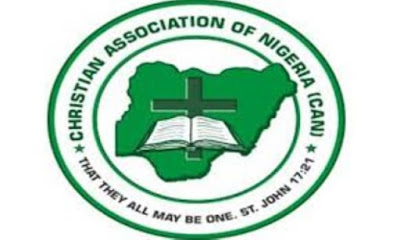 Islamic State on Dec. 26 released a video which claims to show the killing of 11 Christian hostages in northern Nigeria  this threatens to spark religious tensions in the country and compounds the political problems of president Muhammadu Buhari.

The Islamic State sub-group called Islamic State West Africa Province (ISWAP) said the “beheading” of the hostages was part of its campaign to “avenge” the killing of IS leader Abu Bakr al-Baghdadi in a US military raid in Syria last October.

While reacting to the sad incident, the Christian Association of Nigeria, CAN, has blamed the Federal Government for the recent killing of 11 Christians by Boko Haram insurgents.

The beheading of 11 Christians by ISWAP goes to show that the federal government has been paying lip service to the issue of security.

We want action from President Buhari, not mere words. We have been praying for our security agencies to win the war against insurgency but it appears nothing is working because the government has failed to live up to its responsibility of protecting lives and properties.

Christians are tired of receiving sympathies and condoles messages from the government whenever Boko Haram groups kill non-Muslims. The last time was three Christians that were murdered. On Christmas, it was 11 persons. The next time may involve 30 people. This is what we have been lamenting.

Does the government want them to kill all of us before it begins to take serious steps to secure the release those held in captivity? It is not in our place to negotiate their release. Otherwise, we would have done so. It is the responsibility of the government. We blame the government for the killings.