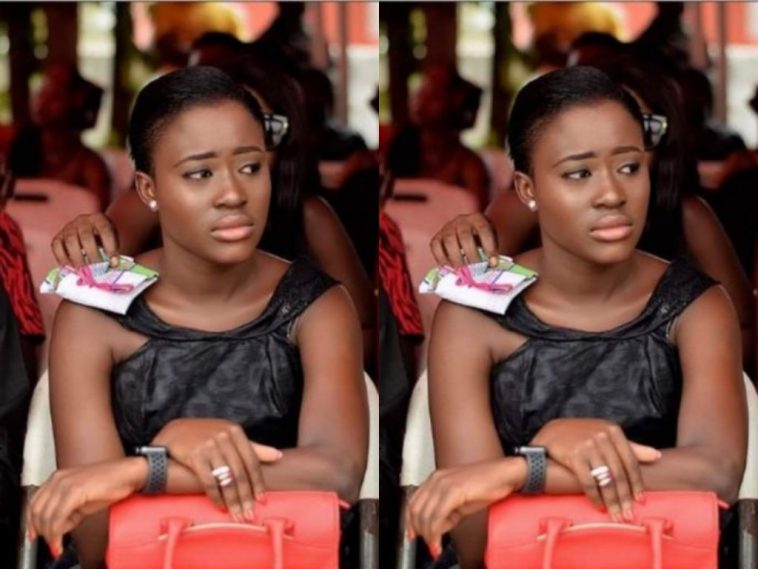 Ghanaian actress, Fella Makafui has been busted for allegedly trying to abort a pregnancy at a hospital amidst breakup rumors with her rapper boyfriend Medikal.

Rumors have been going on concerning a breakup between her and Medikal with reports saying the rapper intercepted a message between her and Nigerian signer Runtown who wanted to hook her up with a Nigerian minister.

Their recent social media posts have somehow buttressed reports that her mother traveled down to beg Medikal to forgive her and accept her back. A new revelation by Adom FM’s Sister Sandy states that Fella Makafui walked into a hospital to try to abort a pregnancy.

According to Sister Sandy, she has pictures and details which she will reveal very soon. She made this known while speaking on Adom FM.

Few months ago, Evangelist Addai in a new prophecy, alleged that Fella the Ghanaian actress will die in an accident by 24th December.

According to Evangelist Addai in a 25 minutes video he posted on his YouTube channel , the car gift given to Fella by her boyfriend Medikal is a trap.

The Ghanaian prophet used the unfortunate death of Dancehall artiste Ebony Reigns, to back his prediction of Fella Makafui dying in an accident on the 24th of December 2018.