Father Gunned Down Daughter And Her Husband On New Year Eve 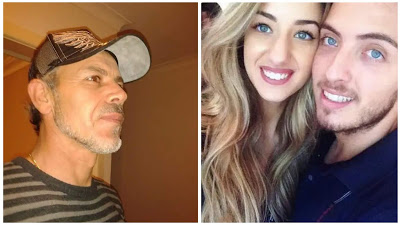 The alleged shooter had a difficult relationship with his family, he turned the gun on himself after allegedly blasting the couple.

Lindita Musai had been trying to start a new life away from her father when she was cut down in a hail of bullets by her own father alongside her new husband on New Year’s Eve.

Mrs Musai feared her father Osman, who is accused of killing her and husband Veton Musai before turning the gun on himself.

Police said the suspected killer blasted Veton and his wife at around 10.30am on Tuesday.

A witness then reportedly saw him jump out of a bush and put a gun to his chin before pulling the trigger.

Today we lost my beautiful baby cousin Veton Musai and his angel wife Lindita Musai….. I can’t even begin to explain how I feel.

The only thing keeping us strong is belief in God.

How a father can take his own daughters (sic) life is beyond comprehension.. but the devil truly is among us.

The couple had just celebrated their first wedding anniversary.