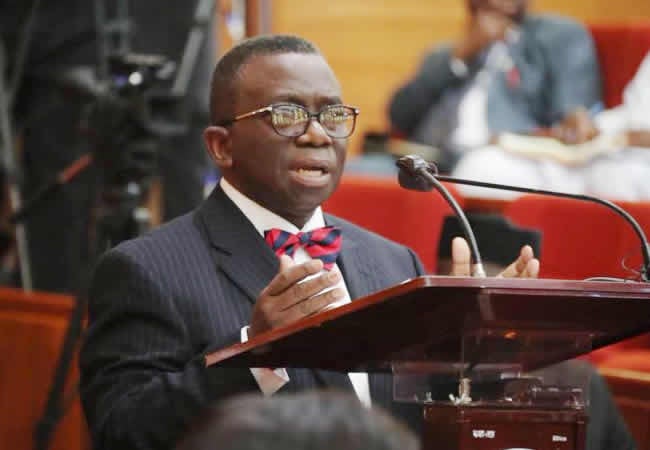 A source has reported that Dayo, the son of the immediate past Minister of Health, Isaac Adewole, has been released.

It could, however, not be confirmed if a ransom was paid or not.

Dayo was released barely 24 hours after he was kidnapped at his farm located at Iroko near Fiditi in Afijio Local Government Area of Oyo State on Tuesday.

An aide to the minister, however, confirmed to our correspondent that the victim was released on Wednesday evening.

He said, “The minister’s son regained freedom just this evening and he is with his family in Ibadan. Details are still sketchy but we will issue a press release soon.”

The kidnappers reportedly wore facial masks to hide their identity and took away Dayo, escaping through the neighbouring village.

One of Dayo’s workers then raised the alarm and alerted the villagers who quickly sent local hunters after the kidnappers. The hunters found the car used by the kidnappers but neither Dayo nor any of the abductors were found.

The village head, Oniroko of Iroko made a phone call on a radio programme and alerted the public.

Police Commissioner in the state disclosed that Dayo’s domestic staff was among the three suspects arrested.