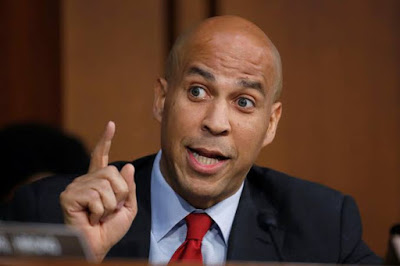 Sambo Dasuki who had been in the custody of the DSS since December 2015, and Omoyele Sowore who was rearrested on December 6, barely 24 hours after he was released from custody that lasted over four months.

The duo were released from custody yesterday, 24 Dec 2019 following directives from the presidency ordering their immediate release from custody.

While reacting to Sowore’s release, Cory Anthony Booker, a United States Senator from New Jersey, has asked the Federal Government to ensure the safety of the convener of RevolutionNow protest, Omoyele Sowore.

The senator said this in a tweet after the release of Sowore from the custody of the Department of State Services (DSS) on Tuesday.

Glad to hear that Omoyele Sowore has been released from prison, though it’s unfortunate he can’t join his family in NJ for the holidays.

Now, the Nigerian government must assure his continued safety and security as he awaits his trial and cease their concerning attacks on the press. 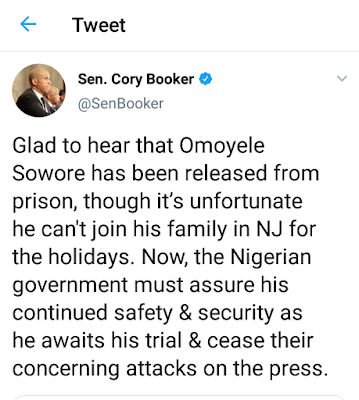 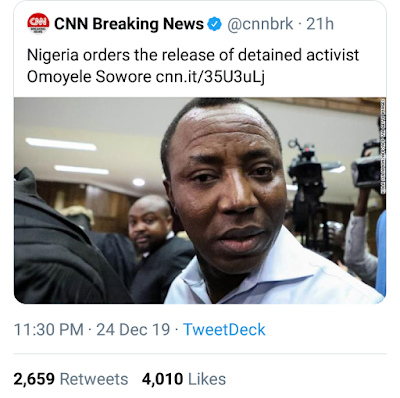