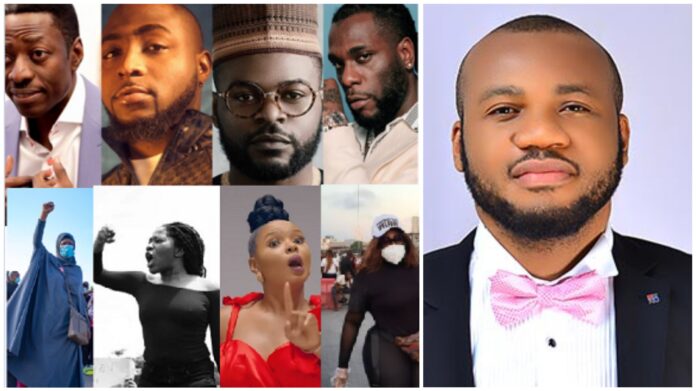 A Chief Magistrate Court in Abuja has ordered the Commissioner of Police in the FCT to launch an investigation into 50 notable persons accused of promoting the #EndSARS protest.

Magistrate Omolola Akindele who ruled on the criminal complaint filed by an activist Kenechukwu Okeke, gave the police two weeks to investigate the matter and send a report for proper adjudication.

Activists Drags Adeyemi, 2face, Davido And 46 Others To Court Over their Roles In EndSARS Protest

The letter written by the court registrar which was addressed to the CP read in part;

I am directed by the Presiding Chief Magistrate II, his worship, Hon. Omolola Tolulope Akindele, sitting at Chief Magistrate Court 2, Wuse Zone 6, FCT Abuja, to write to your office to investigate the above-mentioned case and report back within two weeks for proper adjudication of the case

Facebook
Twitter
Pinterest
WhatsApp
Telegram
Email
Linkedin
ReddIt
Previous articleMan Beat Husband To Stupor After He Attack Him For Sleeping With His Wife (Video)
Next articleTrump Hints On Conceding Defeat To Biden, Says ‘Time Will Tell’