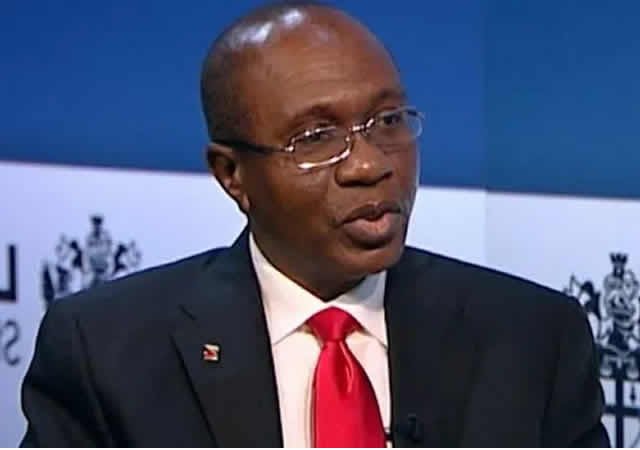 The Governor of the Central Bank of Nigeria (CBN), Dr. Godwin Emefiele has disclosed how the highest banking body in Nigeria was able to reduce rising inflation in Nigeria through heterodox policy, an unconventional monetary policy tool.

Governor, Mr Godwin Emefiele Emefiele made this known in Ibadan on Friday, during a lecture he delivered at the Distinguished Leadership Lecture, the first of its series by the University of Ibadan (UI) in conjunction with the CBN, held at the International Conference Centre of the university, Ibadan.

Speaking on the theme: “Up Against the Tide: Nigeria’s Heterodox Monetary Policy and the Bretton Woods Consensus,” the CBN governor averred that for an economy like that of Nigeria which was yet to attain it’s full potential, utilitarian welfare maximisation required a functional consideration for real growth, which, he said, CBN Act of 2007 recognised in the provision of Legal banking to undertake developmental functions that are consistent with price stability.

He noted that CBN’s experience with heterodox policies expanded during the recent economic crisis, he recalled, began in 2014, adding that due to a number of global shocks, three of which were simultaneous and significant In shaping the trajectory of the Nigerian economy, which Emefiele listed as widespread and rising geographical tensions along critical trading routes in the world, softening of crude oil prices an normalisation of monetary policy by the US Federal Reserve.

“Unarguably, the most important of these factors to impact the Nigerian economy was the plunge in the crude oil. Nigeria’s over dependence on the crude oil for over 60 percent of fiscal revenue and over 90 percent of FX inflows, meant that shocks in the oil market were transmitted entirely to the economy via FX markets as many FX manufacturers an traders who required FX for input purchases were faced with dwindling supplies.”

In a bid to contain rising inflation and to cushion the impact of the drop of the FX supply on the Nigerian economy, Emafiele hinted that the monetary and fiscal authorities took extraordinary measures to tackle these extraordinary challenges.

The measures, according to him, include monetary policy, risk based supervision, development finance intervention, among others, adding that while many these measures were an attempt at using unconventional tools to mitigate the effects of slowdown in growth, they were initially criticised by adherents of conventional monetary policy tools.

“Our development finance initiatives in growth driving and employment generating sectors have equally not gone down well with the proponents of the conventional monetary tools. While they acknowledged our measures have had a positive impact on output and employment they assert that these tools constitute quasi-fiscal activities.

“Our argument for the unconventional monetary policy approach has always been that just like fiscal, monetary policy could, at a time when development challenges abound, complement the efforts of the fiscal in employment generation, wealth creation and attainment of other growth objectives.”

“The CBN has been able to reduce inflation, build our FX reserves, maintained FX stability and foster real growth trough the adoption of heterodox macroeconomic policies.”

“Within the CBN, our unconventional methods supported by the orthodox approaches have been able to to optimally balance the delicate objectives of price stability and real output growth,” he disclosed