‘Don’t Use My Name To Canvass For Support’ – Buhari Warns 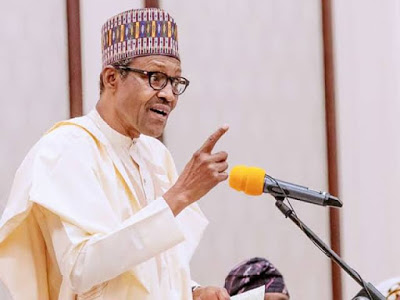 Almost a year after the 2019 general elections, the table for the 2023 is beginning to take shape as politicians who are interested in seeking political offices are putting measures in place to ensure their victory in the next polls.

However, president Muhammadu Buhari who is into his second tenure in office, has warned that he will not condone any political officeholders using the name of his office to canvass for votes in future elections in the country.

President Buhari made this known during a birthday card presentation to him by some presidential aides, the staff of the State House and the Secretary to the Government of the Federation, Mr Boss Mustapha.

The President further advised those interested in elective positions in 2023 to work hard as he would not allow anyone to use his name to canvass for support.

Well, what I want to promise Nigerians is that I will work very hard on ensuring free and fair elections.

All those that are going to succeed the National Assembly and the presidency, they better work very hard because I will make sure I use the law enforcement agents to ensure that elections are free and fair (and that) nobody uses his office or his resources to force himself on his constituency