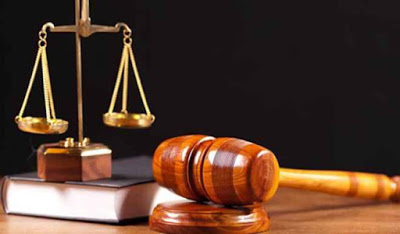 A doctor, Joe Orukwe and one Godwin Ikechukwu in Kafanchan has been remanded by a chief magistrate court for alleged criminal conspiracy and causing the death of an unborn child.

Orukwe, who is the owner of a private hospital, Bethel Clinic in Kafanchan was charged for allegedly aborting a pregnancy for a 14-year-old girl.

The girl was said to have been defiled and impregnated by her foster father, Ikechukwu, who later took her to Orukwe to procure abortion for her.

The SARC manager, Grace Yohanna Abbin, expressed dismay over the continuous abuse of children despite the ongoing awareness creation in schools and other gatherings in the LGAs.

We got to know about the case when a father brought a complain about his 14-year-old daughter being abused, defiled, impregnated and later the perpetrator, Mr Godwin Ikechukwu, facilitated the abortion of the pregnancy of his 14-year-old foster daughter.

We got both of them arrested after confirming the abortion by our doctor (Dr Bakwot Gilbert).

She maintain that, Orukwe had for a long time been in the business of aborting pregnancy for young girls (minors).

The owner of Bethel Clinic was given bail a day after his first arrest, being a weekend, to be presented to court the following working day. He did another unsafe abortion to another minor during the weekend of his bail. Both the survivors were treated by our medical doctor. When he realised that the unsafe abortion was again reported to SARC Kafanchan, he left the town.

He was rearrested on 9/1/2020 by the Area Command of Kafanchan NSCDC headed by Mr John Joseph Eferin, arraigned and remanded by the court on January 10, 2020,