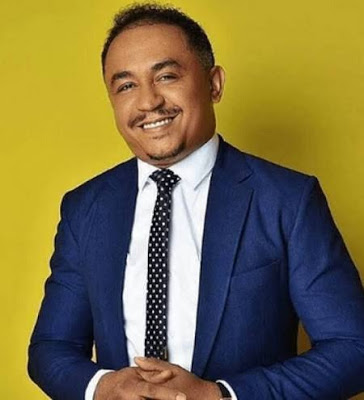 Reacting to the fact that, the world richest woman, Mackenzie Bezos acquired her wealth from divorce. The Controversial on-air-personality, Daddy Freeze, said he is a testimony that divorces can be such a huge blessing.

Posting on his instagram page moments ago, he wrote;

I am a living testimony that divorces can be such a huge blessing! Don’t die along with a dead marriage, get out and embrace your best life! ~FRZ

P.S. She took far less than half his wealth and still allowed him to control her portion of the shares. Many women would have drowned him like my ex tried to in vain, so I applaud congratulate her! 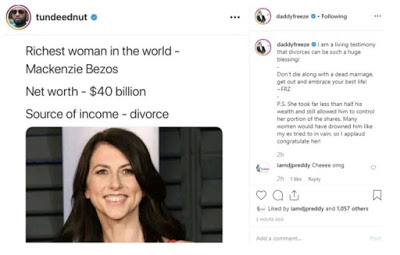