Disturbing Photos: Barber Killed Inside His Shop In Nsukka, Enugu 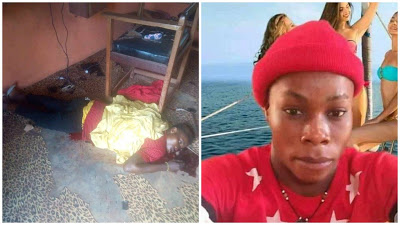 A young man identified as Kelechi Onah from Owerre Ezeorba in Udenu local government, Enugu state, was killed in his  barbing saloon in Amugu, Nsukka local close to University of Nigeria, Nsukka.

According to an eye witness, about 6 strange men were seen loitering with 2 bikes around the area between the hours of 3-4pm on Monday 15th June 2020. 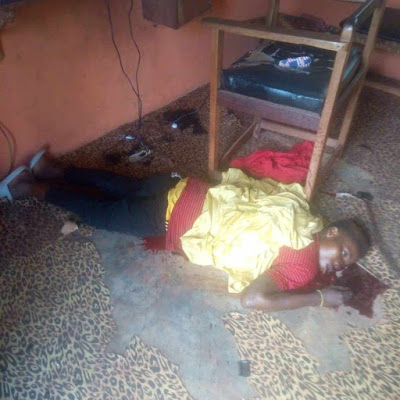 Nobody knew they were assassins who were busy monitoring the area to know when to strike.

It was after some minutes they entered the guy’s shop and shot the guy at close range while barbing one of the assassins who pretended to come to barb his hair, mounted their bikes and zoomed off including the one he was barbing who also mounted the bike with them.

However the women who were around the shop that heard the gun shot and also saw when the men zoomed off and started shouting and alerted some men around who started chasing them.

The armed assassins on noticing that the men were catching up on them, dropped their bikes and ran in different directions. Police was alerted as they were chasing the assassins and with the help of the Police, they were able to catch one of them who happened to be the one he was barbing with blood on all over his shirt.

He was taken to the Police station and later confessed to be one of the assassins.

The case has been transfered to Enugu for further investigation on the order of Udenu local government chairman, Hon. Solomon Onah.