Home News General News Democracy Would Have Collapsed In 2015 If Buhari Was Denied Victory –...
NewsGeneral News 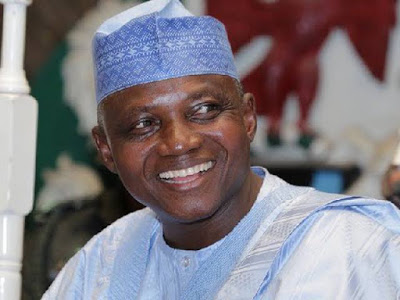 President Muhammadu Buhari who contested the 2015 presidential election on the platform of the then main opposition party, the All Progressives Congress (APC) to unseat Dr Goodluck Jonathan of the Peoples Democratic Party (PDP).

Buhari defeated the then-incumbent President, Goodluck Jonathan after his fourth attempt to become the fourth person to be elected into the office of the President of Nigeria, after former presidents Olusegun Obasanjo and late Umar Yar’Adua.

Prior to the declaration and announcement of the results, Jonathan conceded defeat and called Buhari to congratulate him on his victory at the poll.

Recounting the events that led to Buhari’s victory, the senior special assistant to the president on media, Mr Garba Shehu believes democracy would have collapsed in Nigeria if President Muhammadu Buhari had been denied victory in 2015.

He said this on Tuesday during his appearance on a special end of the year programme, 2019 End Of A Decade, on Channels Television.

ALSO READ:  ‘I Will Step Down In 2023’ – President Buhari Reassured

Shehu, commended the then chairman of the Independent National Electoral Commission (INEC), Professor Attahiru Jega, and the civil society for averting a crisis.

According to Shehu, he said;

We thank God for Jega and the civil society activism at that time because if Jega had caved in, this democracy would have collapsed at that time.

So, it is an interesting time that we had lived through and then, it tells a story of the resilience of our democracy and that we shouldn’t just toy with it. It didn’t come cheap, it didn’t come easy.

For us in the situation room at that time, it was an attempt to grab power or to hold on to power by regime elements or beneficiaries of the system who saw defeat staring them in the face.

Before those results got to the INEC chairman and he announced them, you are aware that parties had representatives at the lowest of the point; the polling units and the local councils, and the states.

They did a collation of their own and they had a sense of how or which direction things were going. So, it was obvious to those regime elements at that time that the regime was falling.